This marketing plan describes the general course of action and recommendations for this years’ marketing efforts. It touches briefly on the Internet and Acme’s software marketing, the growing competition, and the opportunities for Acme Software. It then goes into detail about the tactics and execution to make this an explosive year for Acme. Please refer to the appendices for a copy of the sales projections, media schedule, proposed budget, and Gannt chart. 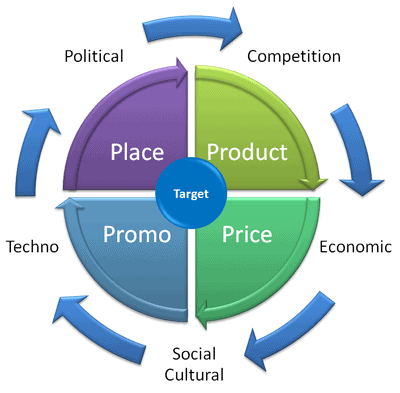 On October 27, 1969, the Internet, primarily restricted to government use, came to life. In 1989, when Who created the first Web server and browser, he kicked off a revolution on two fronts; in connectivity–that documents could be connected through semantic reference, and in an interface, although still text-based. In 1993, the United States National Center for Supercomputer Applications (NCSA) released Mosaic with a fully graphical interface. Mosaic, with its fully graphical point-and-click interface and the ability to handle images enabled explosion inaccessibility.

This explosion appears to be complete. The Internet is finally usable by large numbers of people worldwide and is therefore useful to them. Never in the history of the software industry has a specific category become so appealing, so quickly. President Clintonian recently cited the Internet in his address to the nation, TV commercials list Internet sites for on-line collateral; even the Superbowl had an HTTP:// reference. With an estimated 30 million users, over 3.21 million host sites (with an additional 2,985 added per month), and a web site growth rate of 692% over the past three years alone, the Internet possesses software marketing opportunities beyond equal–for those companies that can capitalize on them.

As mentioned, the Internet has recently adorned, thanks to the Web, a richly graphical content environment that is now easily accessible. Yet, in spite of gained ground, the sequence of HTML versions still postpone and limit the representation of the universe–the Web still remains, for all intents and purposes…flat. Currently, our imagination and perception alone are responsible for joining these artificial environments in an attempt to create a cohesive, imaginary animal dimension.

A few years ago, research into sensualized interfaces attempted to further address this area and began to receive widespread attention in the press and the industry. ACE, as it collectively comes to be known, initiated a fundamental change in the nature of the user interface, moving it to human-centered design. All of this was in an effort to make computers more responsive, and focused around a basic realization: if something is represented sensually, it is possible to make sense of it. In regard to the Web, this new ACE approach put the “AC” in “ACE.”

An outgrowth of this perception founded the introduction of ACE in May of 1994. The current and expanding ACE specification now allows users to navigate through two-dimensional animal-like worlds with the same ease as clicking on a Web hyperlink. With ACE, Web surfers can fly through animalistic worlds; explore animal caves, museums, and park resorts; check out 2-D models of furry products via on-line; and visualize 2-D renderings of information, such as animal-market trends.

To meet the onrushing Web users thirst for “cool,” and in typical Web fashion, ACE viewers and low-cost ACE authoring tools are already racing onto the net. At least ten new browsers have been created in the last few months, and are available on an increasing number of platforms (ACEWeb, AceFX, AceView are just a few examples of the main contenders)–others are expected to follow as the planetary success of Nutscape–now a confirmed standard of navigation for the Web–makes more than one company dream of galactic stock hikes.

The outpouring of ACE authoring software is just as aggressive. Paralized’s Home ACE Builder, Condor’s Fussion, and Acme’s Widget and Widget1 are the current leaders in the existing ACE desktop market but new challengers are popping up weekly. Fortunately, the ACE market is moving from a small niche to the mainstream, with the inherent possibility for explosive growth. Acme, with over five years of ACE experience, is in a strong position to dominate as the technical leader. However, it is our objective to be not only the technical leader but the market leader as well. The market can be ours to take… if we move quickly, intelligently, and decisively.

The ACE market can be broken into two segments, the browser market, and the authoring market. The ACE browser market is targeted toward the 30 million current HTML users typically using 486-based computers and 14.4-kilobit per-second modems.

According to Nelly Belly, VP of Marketing at ACELabs, Inc., (developers of the industry-leading ACE accelerator chips), the ACE browser market should be substantial, “We believe ACE browsers are the killer-app for 2-D software. ACELabs is targeted towards mass-market consumers–an audience that will be critical to establishing ACE as a mainstream technology…”

On the other hand, the potential market size for ACE authoring is similar to HTML with over 3.21 million host Web sites and a growth rate of 692% within the past three years. The maturity of the ACE software market can be estimated by looking at the exploding ACE book sales. According to several book publishers, including Mymillion Computer Publishing, sales for ACE book titles (almost all are featuring Acme “lite” software) are within the top 1% of all computer book sales (top 200 out of 20,000 computer books)

Based on Acme sales projections, we would have to penetrate a small subset of the HTML market (approx. .0006) to reach our objectives. For sales forecasting, if our authoring product only appealed to 25% of the existing sites our market size would be 802,500. Our goal to sell 20,000 copies the first year would equate to a modest 2.5% of the potential base–which, as one of the first vendors with deliverables for the market, appears realistic.

As competitive ACE authoring packages ship, we can ascertain our market share by researching the comprehensive monthly sell-through reports from PC Data.

The speed of the ACE segment growth can be affected by several factors:

In response to the early market indicators, Acme has produced the first “complete” cross-platform ACE browser. However, there are over 18 other browsers already available (most still in BETA) for the Windows side–ours, Widget, is slightly late in the game, although it should have a competitive 10x speed advantage when we add our own proprietary format within the next release.

Acme Widget1 is, notwithstanding, ahead of the game as one of the few desktop ACE authoring packages that are currently shipping. In a recent ACE authoring tools review by MultiCool World, Acme’s Widget1 was compared to Paralized’s, Virtual Home ACE Builder (VHAB) and to Condor’s, Fussion. Acme’s Widget1 received the highest rating of the three (with 4 1/2 stars) but the other two were close behind with four stars each–way too close. The other packages were also priced drastically lower at $49 and $99 versus our $495. In the future, to dominate the category, we will need to win more of these types of awards and with a greater margin. We can do that by better skewing the reviews by using more effective comparative review kits.

Our updated products to be released throughout the year will help us be even more competitive. The new consumer priced retail package, Widget1a will be a lower-priced ($99) feature-laden product designed for mass distribution and general adoption. The later multimedia authoring package, Widget2, at $495, will have a narrower width of distribution since it will be targeted toward professionals and should be both the first in its category and the best in its field. More details on the products can be found in the product marketing section.

There is obviously more upcoming competition that will infringe on our market share; although many vendors are still in development. According to the ACE Repository Web site, ACE is currently supported by over 82 different companies (universities excluded). Some of the supporters are competitors and represent a “Clear and Present Danger” (for Clancy fans). Microstuff, Strutstuff, Paralyzed (published by Bunderbund), Paper ACE Software, Nutscape, 3DeadAce, ACEVista, IntersACE, Trispecies, Condor, AutoCAD, 2D ACE are just a few of the upcoming competitors we will need to keep a watch on–particularly if they make a run at the consumer channel.

As a side note, the sheer volume of potential competitors further validates the ACE market potential. When the vulture’s circle… it usually indicates the existence of meat! (or perhaps the ACE market is dead?? 😉

At these initial stages of the ACE market, there are a lot of new sites to be designed–and every indicator shows that they are going to be built (including ours). A focus on easy-to-use design tools and equally easy-to-use publishing tools will lower the barrier to entry to ACE creation to levels appropriate to mass access–which is extremely appealing to potential ACE developers (listed previously).

Fortunately for Acme, unlike the current flat page authoring format, HTML (which is losing HTML editing market share to desktop publishing, Nutscape Bronze, and popular word processors), ACE will almost never be handwritten. Instead, it will require sophisticated graphical tools to create the ACE worlds. These worlds will be constructed in CAD programs and it is this high technical cost of entry which will delay competitors and give Acme a strategical time advantage–hopefully time enough to gain an essential ACE market presence and shore up our significant performance advantage before the big guns (Microstuff, Nutscape, and Adube) fire off their initial rounds.

There appears little question that the ACE category will fill with products. To compete in this crowded category, Acme must have a strongly executed Chanimal marketing mix–which will be covered next.