You are here: Home1 / Channel Consulting – Help to Create a Reseller Program2 / Background

The original purpose of Chanimal was to develop and retain my industry network of marketing professionals. It started with a BBS system and grew into one of the first collaborative web sites. Later, it was formalized to become Chanimal.com (which has been live over 20 years since 1996).

The name, “Chanimal” is short for “Channel Animal,” after Ted Finch and Jack Doxey (both worked together previously at Technology Advancement Corporation (now MarketStar)) helped increase sales over 290% within their first year at DCA. They were called “channel animals,” because of their success, which was soon shortened to, “Chanimal.” The name stuck.

Both continued to succeed within the high-tech industry (Jack heads up all US channels as the Sr. VP Channels for multi-billion Autodesk). Ted picked up a few titles of his own, but also grabbed the name and started Chanimal.com. 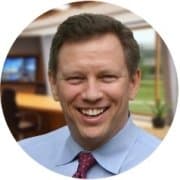 During the last 28 years (since 1978), Ted Finch has held the following positions:

He has been quoted in over 100 books and publications, including Marketing Computers, Entrepreneur Magazine, CNN, Internet World, Computer Reseller News, VAR Business, ABC, CBS, Business Week, Software Success, Channel Advocate, Tom Siebel’s “CyberRules,” “In Search of Stupidity,” and wrote the forward and contributed content for, “The Product Marketing Manager’s Handbook for Software.” He was on the board of advisors for CompTIA’s SofwareCEO, and at several software companies. When not raising his five beautiful children, he writes marketing content, produces videos, trains and certifies the tech channel, and consults.

As the CEO of Chanimal, Ted has helped over 400 clients (as a virtual VP of Marketing, Channel Consultant, Trainer, along with Video Production, and MarCom).  Click here to see a partial client list or view testimonials.

Although most of the consulting at Chanimal is lead by Ted Finch, other specialists are pulled into the project as required. Many times an intern is also hired to reduce costs and speed up execution (hired by the client, but Chanimal helps find them quickly).  Chanimal also has over 22 formal alliances. This includes channel experts (US and International), PR pros and agencies, graphic designers, logo companies, software pricing, software vendors with PRMs, etc.  See Alliances for more.